Membership in NLHA is welcome to anyone interested in supporting Nebraska Authors!

“If there’s a heart to the sprawling body of Nebraska Literature, it’s quietly beating in the Heritage Room.” – Ted Kooser

The Nebraska Literary Heritage Association’s mission is to “encourage the collection, preservation, and promotion of work by and about Nebraska authors through support of the Lincoln City Libraries special collection, the Jane Pope Geske Heritage Room of Nebraska Authors, and to foster the creation and appreciation of this literature through programs, collaborative partnerships, and the use of technology.”

Lincoln City Libraries staff began developing this special collection in 1949. It was moved to its present location on the third floor of Bennett Martin Public Library in Lincoln, Nebraska, in 1978 and was supported by city funding until 1981.

When city funding was eliminated, due to fiscal constraints, the Junior League of Lincoln formed the Nebraska Authors Project to provide continued support for the growing collection.
The Nebraska Literary Heritage Association (NLHA) grew out of this project.
NLHA was established in 1983 under the auspices of the Foundation for Lincoln City Libraries.

Programs sponsored by NLHA include the Writers Write workshop for 8th graders, the Lunch at the Library programs, and the Read to Me programs in elementary schools. All are designed to encourage an interest in reading and writing and to further knowledge and understanding of Nebraska authors.

Since 1988, NLHA has sponsored the Literary Heritage Award, currently presented at the annual Spelling Bee. This award recognizes a writer or a group that promotes excellence in writing and literature in Nebraska.

LUNCH AT THE LIBRARY

Lunch at the Library starts at 12:10 PM and are held on the 4th Floor of Bennett Martin Public Library. 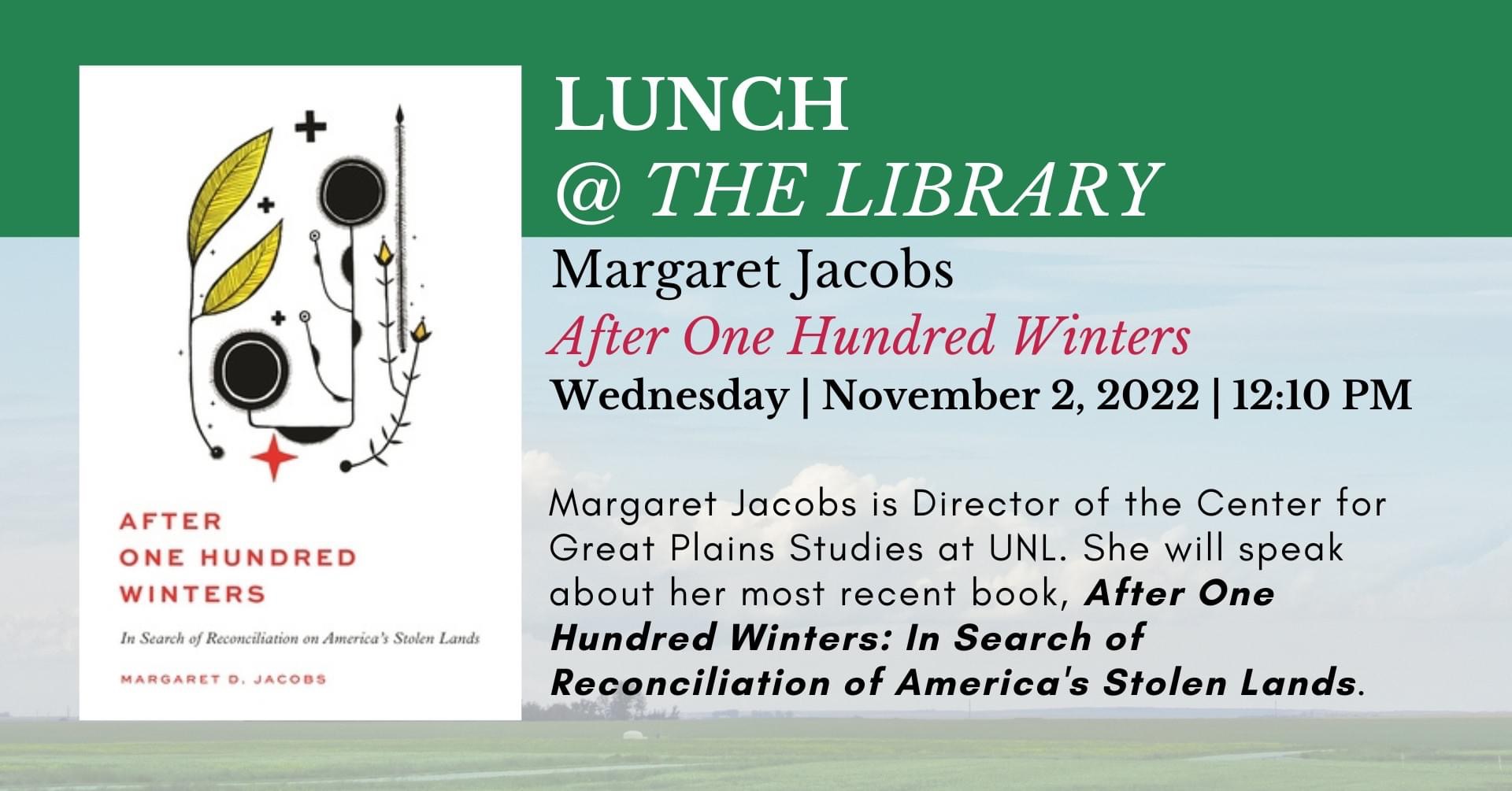 The Writers Write program began in 1992, during the 10th anniversary year of the Nebraska Literary Heritage Association (NLHA).  The workshop was created in collaboration with Lincoln Public Schools to provide an opportunity for 8th grade students to learn writing techniques from local authors and to practice creative writing as a means of expression. Lincoln teachers identify eighth-graders to take part in a daylong workshop held in the Heritage Room. Students are prompted to write, read, and discuss their work.  Occasionally the work of the students has been published.  The Heritage Room holds the original student compositions in the vertical file archive.

Readings are held in the Jane Pope Geske Heritage Room of Nebraska Authors.

The John H. Ames Reading Series, begun in 1985, showcases Nebraska authors reading their own works. This series is provided by Lincoln City Libraries and held in the the Jane Pope Geske Heritage Room of Nebraska Authors.

The Nebraska Literary Heritage Association began sponsoring the Literary Heritage Award in 1988.
The award recognizes persons or groups that promote excellence in writing in Nebraska.
It was presented at the Mayor’s Arts Awards, 1988 – 2013, and at the Annual Adult Spelling Bee, beginning in 2014.